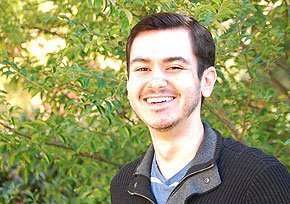 He often appears to be quiet and unassuming, but don’t let that fool you! Our dear Sean may just be planning for his next role in a local theatre production or voice-over gig. You see, he’s quite the shape-shifter!

Sean started his theatrical career as a child and decided to go formal with it by earning a degree in performance theatre. He pursued this field because it allowed him to, “step into another’s shoes and become 100 different people, while still being yourself.” How clever is that? Not content to only excel in a single subject, he then indulged his tech side with a second degree in web technologies. This then led him to SEO Rocket.

Being the creative type that he is, Sean brings his multidisciplinary experience to SEO Rocket by diving into the art form of problem-solving in the realm of Paid Advertising and Google Analytics. Most of his current work is based in the management of Google Ads, Microsoft Ads (formerly Bing Ads), and paid social media marketing accounts. In these areas, he develops and tests ad copy and creatives, refines audience targeting, and works with clients to develop strategies to accomplish their business goals with the various paid platforms’ tool sets.

To keep from being overwhelmed with all the problem-solving and optimizing he does all day, Sean spends his off-hours hanging out with his wife, his two cats, and his dog. You can also find him playing some video games with friends, traveling whenever possible, or reading at home.

Sean is our steadfast Paid Advertising and Google Analytics Specialist; he’s a star in our eyes!

Join other savvy subscribers to stay on top
of the latest digital marketing strategies.

Get an Advanced SEO Audit

Discover quick wins for your business with our 100+ point Advanced SEO Audit. Includes an audit consultation with one of our SEO experts.